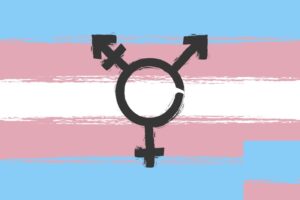 In 2018, transgender individuals living in North Carolina, employed by the state, and enrolled in the state’s health care coverage plan lost the right to seek out vital and needed transition-related treatment. But a new 4th U.S. Circuit Court of Appeals court ruling has reversed that decision.

Barbara Grzincic of Reuters has reported that transgender people enrolled in the North Carolina State Health Plan “can proceed with a lawsuit over its 2018 decision to exclude all coverage for gender dysphoria counseling, hormone therapy, surgical care or other treatment.”

According to Grzincic, “the 2-1 decision affirmed a federal judge in Greensboro’s 2020 ruling that NCSHP lacks sovereign immunity from the suit.” The original suit was “filed by Lambda Legal Defense & Education Fund, the Transgender Legal Defense & Education Fund and Harris, Wiltshire & Grannis on behalf of seven state workers or their dependents under the anti-discrimination provisions of the Affordable Care Act.”

In the 4th U.S. Circuit Court of Appeals decision, Chief Circuit Judge Roger Gregory said the 11th Amendment no longer protected North Carolina State Health Plan, which would have allowed the ban to stay in place because it accepted federal funds.

In the majority ruling, Grzincic reported that “[Judge Gregory] quoted from the Civil Rights Remedies Equalization Act (CRREA), which [stipulates] that states have no sovereign immunity from suits alleging a violation of ‘the provisions of any other Federal statute prohibiting discrimination by recipients of Federal financial assistance.’”

Circuit Judge Albert Diaz agreed with the decision, citing CRREA and the Affordable Care Act. Neither judge addressed the ACA’s anti-discrimination requirements, which may have provided yet another reason to turn down the ban.

“The dissenter, Circuit Judge G. Steven Agee, said a state’s waiver of sovereign immunity must be knowing and voluntary, and CRREA — which predates the Affordable Care Act and never mentions it — fails to provide the requisite notice,” Grzincic reported.

“The NCSHP’s sovereign immunity from the suit should have been confirmed, and the case dismissed,” Agee said in his dissent of the case. “The Supreme Court should proceed expeditiously to correct the constitutional error here.”